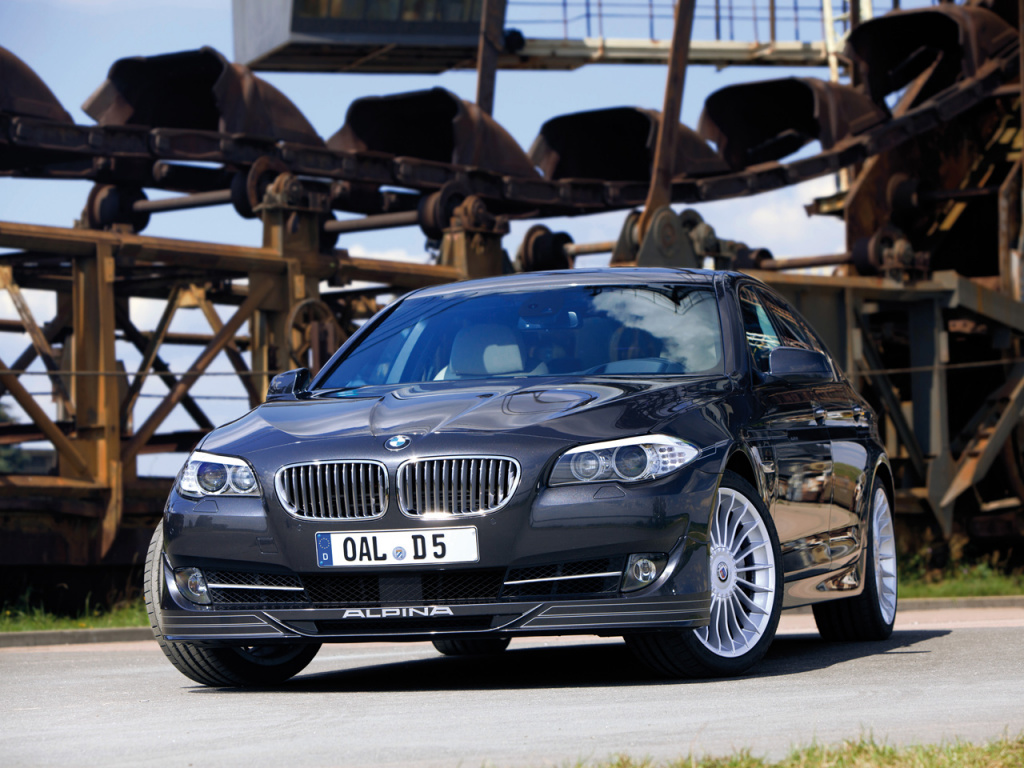 The drivetrain of the D5 Bi-Turbo utilises the excellent attributes of the BMW full aluminium
3 litre in line six cylinder engine with modern common-rail direct injection and two turbo-chargers with variable turbine geometry.

With the aim of maximising the potential of this engine and using the freedom that small series production allows, the engineers from Buchloe have worked extensively on optimising the air intake flows. The new air intake ducts have substantially larger diameters and feature optimised radii which lead to a significant reduction in loss of pressure. This effective means of ‘de-restricing‘ the air flow between the air intake and the air filter housing allows the engine to breathe more freely, resulting in improved performance and a more lively character.

In combination with the realisation of appropriate turbo charging and injection pressures
this leads to a maximum output of 350hp (257kW) between 4000rpm – 4200rpm.

The performance and effectiveness of the entire cooling system has a direct influence on the stability and output of turbo charged engines – as a result, the cooling system in the new

D5 Bi-Turbo is of central importance. A large volume intercooler with an optimised inlet and outlet design, feeds the engine with air. Two additional separate water coolers, which are situated in front of the wheelhouse and lie perfectly within the air flow from the front spoiler, ensure that all cooling mediums (via oil/water-heat exchangers) are kept at optimum temperatures, even during maximum thermodynamic loads. The operating parameters
and components of the cooling system are managed by a cooling system control unit which features an intelligent operation of the electric cooling fan to directly influences performance under full loads.

An exhaust manifold made from high-strength material allows for higher exhaust gas temperatures which result from the increased power output. The exhaust system is principally a carry-over from the B5 Bi-Turbo but includes a diesel particulate filter. Sound engineering and the reduction of silencer volumes has resulted in a for diesel engines surprisingly throaty exhaust sound, especially at higher rpms. The character of the engine overall is unusually lively for a diesel engine, revving freely and convincingly past 4500rpm.

ALPINA engineers have spent many development and test hours working on the transmission software to ensure that the transmission provides unparalleled levels of both comfort and performance. The blend of eight speeds and high levels of torque makes for super comfortable gear changes with no noticeable interruption to the delivery of power.

In Automatic Shift Mode (D) the D5 Bi-Turbo excels at cruising along at speeds in high gears at minimum rpm, this benefits both consumption and comfort.

The ALPINA SWITCH-TRONIC buttons, which are ergonomically and unobtrusively positioned on the back of the steering wheel, activate the Manual Shift Mode (M) which allows the driver to take complete control of the transmission. The system also allows for multisimultaneous down-shifts in milliseconds, hereby the transmission will skip several gears depending on engine loads and rpm. In this manner the 8-speed Sport
Automatic Transmission with ALPINA SWITCH-TRONIC reveals itself as extremely multi-faceted, providing the right shift characteristic for any and all situations.

An adapted version of BMW’s new ECO PRO Mode, which activated via the Drive Performance Control button, puts both the transmission and accelerator into a defensive setting, which in combination with other Efficient Dynamic technologies (including Auto Start Stop) can lead to a reduction in consumption and emissions, depending on individual driving style.

The intelligent coupling of state-of-the-art engine and transmission technologies allow the D5 Bi-Turbo Saloon to achieve impressive performance figures: 0-100km/h in 5.2s, and a top speed of 270km/h. Excellent braking capability is provided in the form of ventilated high-performance brakes measuring 374mm front and 345mm rear.